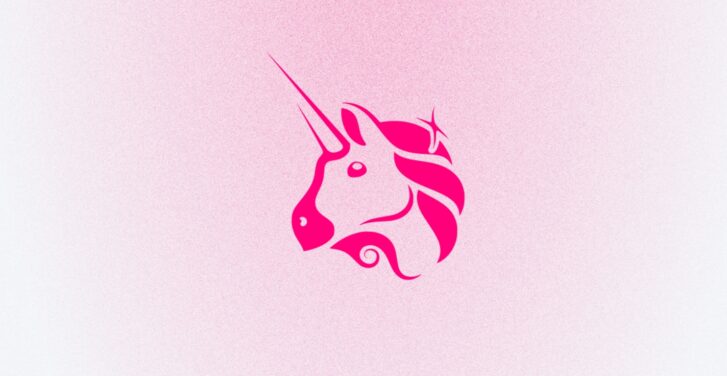 Uniswap Labs – the firm behind one of the world's largest decentralized exchanges, Uniswap – is looking to raise a massive $100M fund in its latest funding round. This round follows Uniswap's previous Series A funding in 2020.

American online newspaper TechCrunch uncovered the development in a report Friday. According to the report, TechCrunch received intel from four reliable sources on the Uniswap deal which is currently in its early stages. The sources have chosen to remain anonymous.

Uniswap will see fundings from several entities including a Singaporean social wealth fund, and California-based investment giant Polychain. The fund will welcome investments to the tune of $100 million to $200 million at a $1 billion valuation for Uniswap.

The sources indicated that the fund is still in its early stages, as previously mentioned, and as a consequence, the terms surrounding it are likely to see a change as negotiations progress. Neither Uniswap nor Polychain has divulged any relevant information regarding the report.

Should the funding round materialize, it would serve as Uniswap's second funding series in the space of two years. The firm concluded its Series A funding in August of 2020. The funding round which raised $11M was led by venture capital giant Andreessen Horowitz (a16z).

Uniswap is regarded as the world's largest decentralized exchange, and the fourth-largest exchange in the world. Since its launch in 2018 by computer engineer Hayden Adams, Uniswap has seen a massive growth in adoption over the years.

In an attempt to upgrade its features so as to meet the ever-changing needs of the crypto community, Uniswap has taken to releasing several updated versions of its platform. The platform launched Uniswap v2 in May of 2020, and Uniswap v3 barely a year later, in March of 2021.

As revealed by Uniswap Labs through a tweet, the platform hit the $1 trillion volume milestone in May of 2022 – an interesting feat to achieve in less than half a decade. Most of Uniswap's trade volume – about 80% – was seen last year as the crypto scene saw a massive interest rate fueled by the bull market.

Despite its meteoric growth, the platform still looks to expand, with this ongoing funding round serving as testament to that interest. Furthermore, Uniswap recently revealed that it plans to launch new products, as disclosed by COO Mary-Catherine Lader at the Messari Summit of 2022.