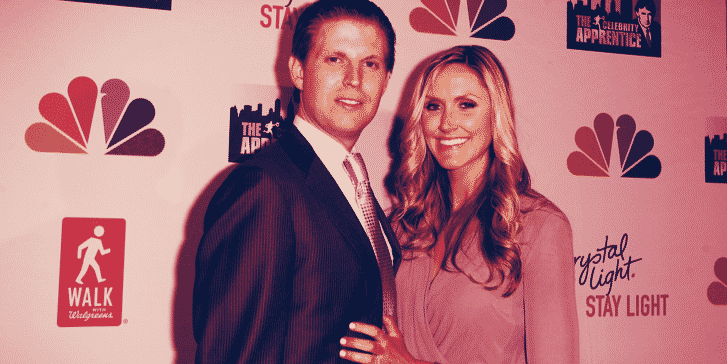 On its website, the TrumpCoin FAQ says it launched on February 20, 2016, to honor former President Donald Trump. It also calls itself the “#1 Patriot Cryptocurrency” on its Twitter account. The current market capitalization of TrumpCoin is around $1.5 million with a circulating supply of a little more than 6.6 million coins, according to data from CoinMarketCap. The coin currently has almost no trading volume, though it did spike by more than 350% today, likely as a result of Eric Trump’s tweet.

In response to the younger Trump brother’s Tweet, TrumpCoin posted a screenshot of its FAQ:

TrumpCoin isn’t the only meme coin targeting right-wing Trump supporters. Earlier this month, NASCAR rejected the sponsorship of a meme coin called “LGBcoin.” The acronym “LGB” stands for “Let’s Go Brandon,” a phrase that has itself become an internet meme and used as a placeholder for “F*ck Joe Biden.”

What are meme coins and tokens?

A meme coin is a coin that has no inherent value and often no utility. As the name implies, these cryptocurrencies are predominantly—but not exclusively—themed around internet memes. Dogecoin, for example, is one of the earliest meme coins and was for years said to have no inherent value. Still, after billionaire Elon Musk became its biggest cheerleader, Dogecoin now finds itself among the top 10 cryptocurrencies with a market capitalization of $18.2 billion.