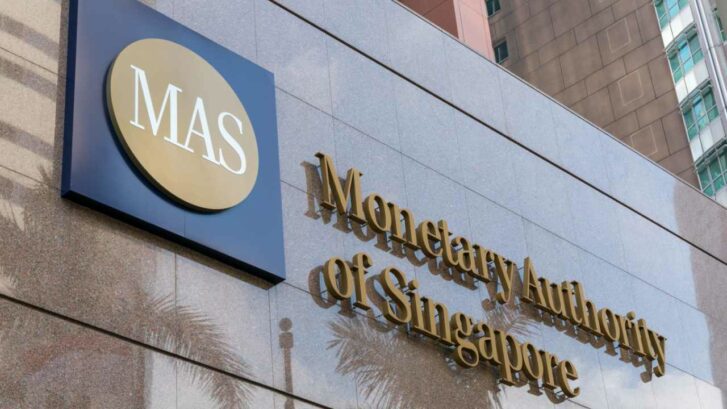 The Monetary Authority of Singapore (MAS), the regulator overseeing the crypto sector, has defended the action it took against crypto exchange Binance and not the collapsed crypto platform FTX. The central bank also warned that cryptocurrencies are “highly volatile and many of them have lost all value.”

Singapore’s Central Bank Clarifies Its Stance on Binance and FTX

The Monetary Authority of Singapore (MAS), the country’s central bank, issued a press release this week “to address some questions and misconceptions that have arisen in the wake of the FTX.com (FTX) debacle.”

The central bank explained: “A first misconception is that it was possible to protect local users who dealt with FTX … MAS cannot do this as FTX is not licensed by MAS and operates offshore.”

The MAS proceeded to justify the action it took against Binance and not FTX. The former was placed on the central bank’s Investor Alert List (IAL) while the latter was not. The regulator clarified:

While both Binance and FTX are not licensed here, there is a clear difference between the two: Binance was actively soliciting users in Singapore while FTX was not.

The MAS ordered Binance to cease providing payment services to Singapore residents in September last year. A few months later, the crypto exchange shut down its exchange services in the city-state.

“Binance in fact went to the extent of offering listings in Singapore dollars and accepted Singapore-specific payment modes such as Paynow and Paylah,” the central bank stressed, adding that it received several complaints about Binance between January and August 2021. The MAS detailed:

MAS placed Binance on the IAL because it had solicited Singapore users without a licence. Further, on MAS’ referral, the Commercial Affairs Department commenced investigation into Binance for possible contravention of the Payment Services Act (PS Act). There was no reason to place FTX on the IAL as there was no evidence that it had contravened the PS Act.

Commenting on FTX specifically, the regulator noted: “There was no evidence that it was soliciting Singapore users specifically. Trades on FTX also could not be transacted in Singapore dollars. But as in the case of thousands of other financial and crypto entities that operate overseas, Singapore users were able to access FTX services online.”

A recent study indicated that when Binance shut down services in Singapore, its users switched to FTX. Subsequently, more users from Singapore were using the FTX.com website before the exchange collapsed than from any other country, except South Korea.

Noting that “The most important lesson from the FTX debacle is that dealing in any cryptocurrency, on any platform, is hazardous” and investors “can lose all their money,” the MAS warned:

Crypto exchanges can and do fail. Even if a crypto exchange is licensed in Singapore, it would be currently only regulated to address money-laundering risks, not to protect investors.

Furthermore, the MAS emphasized: “Cryptocurrencies themselves are highly volatile and many of them have lost all value … The ongoing turmoil in the crypto industry serves as a reminder of the huge risks of dealing in cryptocurrencies.”

Following the meltdown of FTX, Singapore government’s Temasek wrote down its $275 million investment in the crypto company. Singapore has been trying to reduce risks for retail crypto investors with restrictive rules.

What do you think about the clarification by the Monetary Authority of Singapore? Let us know in the comments section below.

A student of Austrian Economics, Kevin found Bitcoin in 2011 and has been an evangelist ever since. His interests lie in Bitcoin security, open-source systems, network effects and the intersection between economics and cryptography.