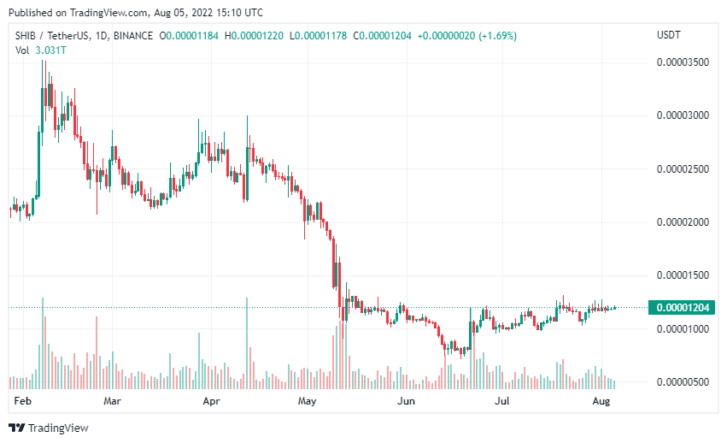 Meme coin Shiba Inu has been added to the list of supported cryptocurrencies for Binance’s Virtual Visa Card issued to European users as the exchange moves to expand the card’s utility and onboard a broader range of cryptos for the European market.

Binance Card is a debit card launched back in 2020 in partnership with payments giant Visa. The virtual card powers payments for European users and works for more than 60 million merchants across the world.

Additionally, the card supports cryptocurrencies BinanceUSD (BUSD), Bitcoin (BTC), Ethereum (ETH), and Tether (USDT) to name a few. The Euro is also supported by the card as a fiat currency and features zero-fee transactions.

The news was also confirmed by the official Binance Twitter accounts on Friday. Shiba Inu is the 16th largest crypto at press time and boasts a market cap north of $6 billion, per data from CoinMarketCap.

Shiba Inu also has a daily transaction volume of over $300 million at press time. The meme coin flashed green on the back of the news.

All about Bitstamp: The who, how, and why