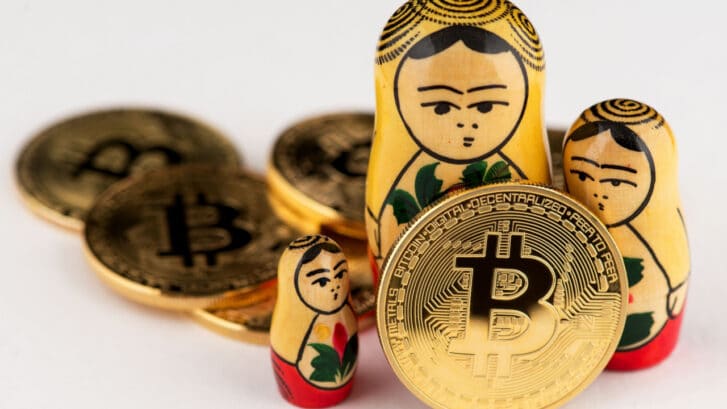 Lawmakers in Russia are drafting legislation that would allow the establishment of a “national cryptocurrency exchange,” local media unveiled. Coins now circulate outside of government oversight and the Russian state is losing budget revenues in the billions of rubles, pointed out one of the participants in these efforts.

Legislators Want Russia to Have Its Own Cryptocurrency Exchange

Members of the State Duma, the lower house of Russia’s parliament, are working on a legal framework that will enable the authorities in Moscow to set up a Russian crypto exchange. The deputies have discussed the initiative with representatives of the industry in mid-November, the leading Russian business daily Vedomosti reported, citing two informed sources.

The lawmakers plan to prepare a draft taking into account the opinions of the market participants and then submit it to the government and the Central Bank of Russia, the publication revealed. Representatives of the monetary authority and the Ministry of Finance were not present at the meeting, the sources noted.

The plan is to introduce the necessary amendments to the country’s law “On Digital Financial Assets,” which went into force in January of 2021. It’s still the main piece of legislation regulating the country’s crypto space, although only partially.

Other changes proposed last week aim to legalize mining, while banning the circulation, exchange, and non-targeted advertising of cryptocurrencies in Russia, with the exception special “experimental legal regimes” allowing their use in payments for imports.

The news that work is already underway to create the legal basis for a Russian crypto exchange was confirmed to Vedomosti by Sergey Altukhov, member of the parliamentary Economic Policy Committee from the ruling United Russia party. Commenting on the matter, the lawmaker insisted:

It makes no sense to say that cryptocurrencies do not exist, but the problem is that they circulate largely outside of government regulation.

According to Altukhov, it all comes down to billions of rubles in lost budget revenue from taxes that the Russian Federation could collect. He emphasized that it’s necessary to create the conditions for the legalization of cryptocurrencies and adjust the “rules of the game” so that they don’t contradict the positions of the executive power and the central bank.

One of the sources also remarked that the future exchange is not viewed as a platform that will be facilitating the spread of cryptocurrencies or their use as a means of payment in Russia, but rather as place where Russians will be able to declare and convert their digital holdings into fiat. In his opinion, at least one such website should be set up under Russian jurisdiction to prevent potential foreign restrictions and security risks stemming from storing data abroad.

Do you think Russia will be able to establish its own cryptocurrency exchange? Tell us in the comments section below.

Lubomir Tassev is a journalist from tech-savvy Eastern Europe who likes Hitchens’s quote: “Being a writer is what I am, rather than what I do.” Besides crypto, blockchain and fintech, international politics and economics are two other sources of inspiration.