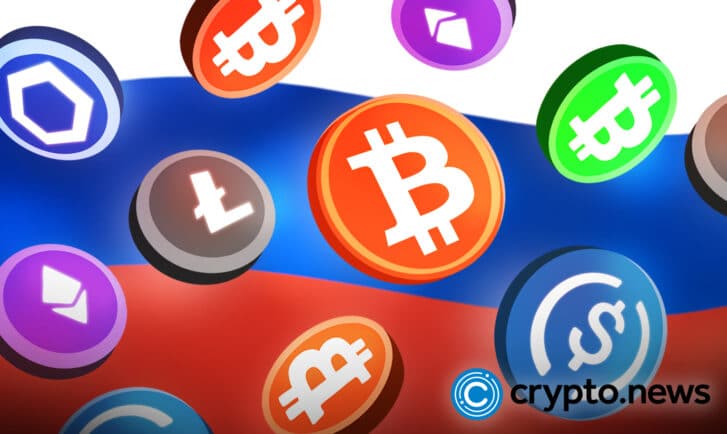 Lawmakers in Russia have proposed a “On Digital Financial Assets” law adjustment to control crypto exchange mining while outlawing the use of cryptos in the nation. The legislation forbids the non-targeted promotion of goods and services related to cryptocurrencies.

Russian lawmakers are working on the creation of a national crypto exchange. According to reports, the Ministry of Finance and the Central Bank of Russia, which have a protracted history of conflict over crypto regulation in the nation, favor this initiative.

Local media unveiled representatives of the Russian parliament’s lower house, the Duma, have held meetings with industry stakeholders to explore revisions to the country’s existing crypto legislation “On digital financial assets.” The amendments, which would provide the legal foundation for a national exchange, would be presented to the central bank first.

Sergey Altukhov, a member of the Economic Policy Committee, revealed to Vedomosti that work has begun on the draft modifications that would permit the establishment of a crypto exchange within Russian territory (United Russia). “It is illogical to claim that cryptos do not exist, but the issue is that they circulate in huge quantities outside governmental control.

He noted that these are missed tax money totaling billions of rubles for the budget. According to Altukhov, it is essential to establish prerequisites for the legality of cryptos and modify the “rules of the game” that are included in the state framework so that they do not conflict with the Central Bank’s and the government’s positions. Altukhov noted that the deputies are currently debating the regulators’ “reinforced concrete” arguments and the algorithm of actions.

A national crypto exchange in Russia could be established as a component of the Moscow Exchange, “a legitimate organization with extensive traditions,” according to Anatoly Aksakov, Duma’s Committee on Financial Market head. To allow trading in digital financial assets, the Moscow Exchange produced a bill in September on behalf of the central bank.

The Duma was presented with a draft earlier this month that would authorize crypto mining and the sale of the extracted coins. Local miners will be permitted to use foreign platforms and the Russian platform created under the bill for bitcoin sales. The latter scenario would result in transactions exempt from Russian currency controls and rules but still require reporting to the Russian tax office.

If passed, the new regulation will make it illegal to promote crypto assets to a broad audience through advertising or other means. Except for mining, the ban covers all forms of generalized, non-targeted advertising for goods and services associated with creating, transferring, and using cryptos like bitcoin.

This means that commercial crypto activities, such as those of exchanges, would be illegal. At the same time, peer-to-peer trading should be permitted, according to the Russian crypto news outlet Bits. Media.

According to a study by Forklog, regulations that have already been put in place only apply to disclosing details about the offering and acceptance of digital currencies as payment. In light of the sanctions, their usage is permitted in another mining measure delivered to the Duma in late October.

According to Anatoly Aksakov, the most recent law is anticipated to be adopted in December and go into effect on Jan. 1, 2023. He stated in November that the Russian government intends to “allow the mining of any cryptocurrency.”