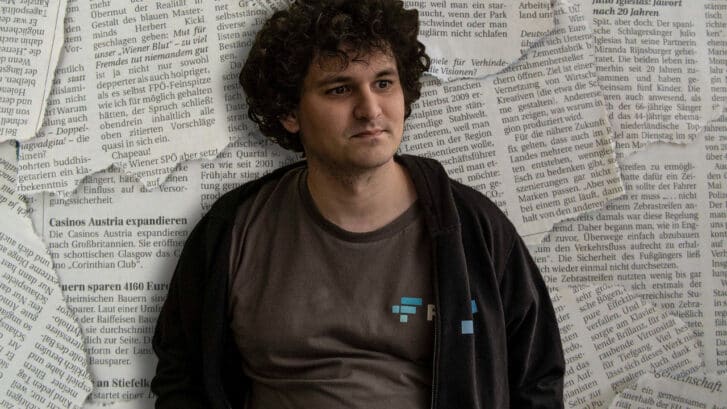 The former FTX CEO Sam Bankman-Fried (SBF) says he plans to speak with Andrew Ross Sorkin at the annual New York Times Dealbook Summit on Nov. 30, according to a tweet he published on Nov. 23. SBF’s tweet received quite a bit of response and its unconfirmed as to whether or not the former FTX executive will appear in person or virtually.

Following the highly criticized New York Times (NYT) article about Sam Bankman-Fried sleeping better and playing video games, one person jokingly tweeted that day and said if SBF planned on attending this year’s Dealbook Summit he would “definitely [be] dropping by.” Coincidently, SBF is still listed to attend the conference, and according to a tweet SBF made on Wednesday, he plans to speak at the event.

“I’ll be speaking with [Andrew Ross Sorkin] at the @dealbook summit next Wednesday (11/30),” the former FTX CEO tweeted. Immediately after SBF published the tweet, he was criticized for being able to attend the NYT event.

The Twitter account @wsbchairman asked: “How did this dude steal billions of dollars and is now speaking at a summit as a free man?” One person replied to SBF and said that Bernie Madoff wasn’t so lucky when the Twitter account @fintwit said:

In 2008, Bernie Madoff was arrested within 24 hours of his fraud being revealed. In 2022, Sam Bankman-Fried will be attending the NYTimes Dealbook Summit after his fraud was revealed.

Since Sam Bankman-Fried launched the company FTX, he spent or pledged hundreds of millions of dollars he stole from a million people, in political and charitable contributions, consulting fees, investments in media outlets and real estate.

The event on Nov. 30 will be hosted by the NYT columnist and Dealbook founder Sorkin. “Every year, we bring together the most consequential people at the intersection of business, policy, and culture that are impacting society,” Sorkin is quoted as saying on the event website.

SBF’s tweets are also set to a unique privacy setting, and only people SBF follows or mentions in his tweets can reply. One individual who could reply to SBF’s tweet, longtime bitcoiner Bruce Fenton, said there would be a few topics that he thought people would like to hear.

“Would be good to hear: When/how you decided to take client funds [and] use them as collateral for loans – this is the key issue much more than margin issues [and] is being brushed off,” Fenton said to SBF. “More on the political donations process [and] what those conversations are like behind closed doors,” Fenton added.

SBF is also featured in a Dealbook NYT article called: “Inside Sam Bankman-Fried’s Quest to Win Friends and Influence People.” According to the Dealbook Twitter account, the article talks about SBF’s “philanthropic arm” and “charitable contributions.” Dealbook’s tweet was also filled with a great number of people who disapproved of the way the NYT was reporting on SBF.

One individual wrote: “Sam Bankman-Fried is a criminal who stole billions from his customers.”

Jamie Redman is the News Lead at Bitcoin.com News and a financial tech journalist living in Florida. Redman has been an active member of the cryptocurrency community since 2011. He has a passion for Bitcoin, open-source code, and decentralized applications. Since September 2015, Redman has written more than 6,000 articles for Bitcoin.com News about the disruptive protocols emerging today.