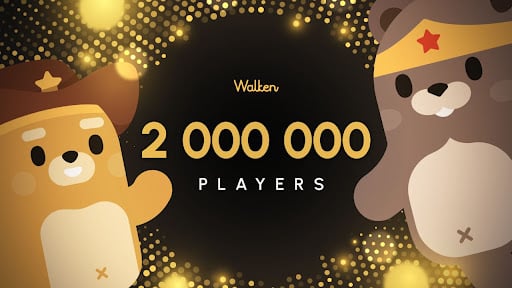 Move-to-earn platform Walken is gaining strong momentum despite the ongoing bear market conditions. The firm, in a press release shared with Coinjournal, said interest in its project continues to accelerate thanks to sustainable tokenomics and addictive gameplay.

Walken revealed that its project has been in public beta testing for five months. During that period, Walken recorded substantial community growth. The platform surpassed a million registered players in August 2022 and has now reached another milestone.

The team revealed that it has now reached two million registered users. This latest cryptocurrency news comes five months after the project was launched.

According to the team, the success of the project can be attributed to several factors, including its CAThletes, convenient user interface, and no entry barrier. Walken added that promoting a better lifestyle should be accessible to everyone, and this goal is the firm’s main vision.

Furthermore, the Walken team said it remains committed to onboarding millions of web3 users to web3. By reaching the two million registered users milestone, Walken added that it believes there is tremendous interest in exploring the era of user empowerment and decentralisation.

The Walken team is celebrating this latest milestone but will continue to build, regardless of crypto market conditions. Walken added that they are planning several events and updates for their users.

Some of these events include;

Walken will also introduce more features and events over the next few months. Walken was developed by the team behind Appyfurious and GetFit Apps. Walken is a Move-to-Earn mobile app built by a team that uses the motion detection capabilities of standard smartphones and wearable devices to capture the step counts of users, who are then rewarded with WLKN tokens for in-app gameplay and NFTs. The project is dedicated to linking gaming and crypto to a healthy, active lifestyle.