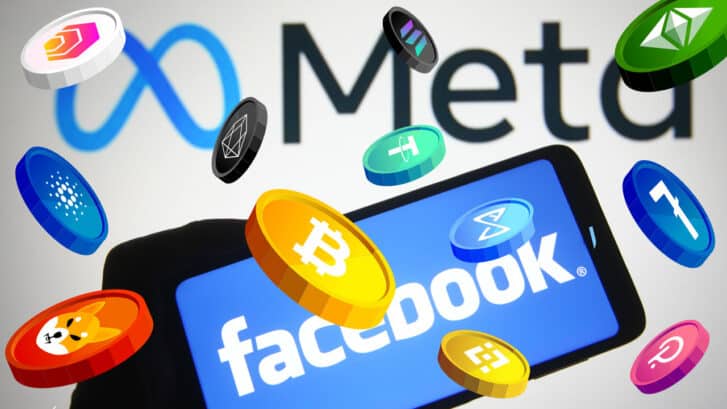 Meta, formerly Facebook, has relaxed its policy for cryptocurrency advertisements, making it easier for companies to run crypto ads on its platform. “We’re doing this because the cryptocurrency landscape has continued to mature and stabilize in recent years and has seen more government regulations that are setting clearer rules for their industry,” the company explained.

Instead of “using a variety of signals to confirm eligibility” for advertising on its platform, the company has increased the number of regulatory licenses it accepts from three to 27. Now, businesses only need to have one of 27 licenses to be eligible to advertise on Facebook.

“We’re making it easier to run ads about cryptocurrency on our platform,” Meta emphasized, adding:

We’re doing this because the cryptocurrency landscape has continued to mature and stabilize in recent years and has seen more government regulations that are setting clearer rules for their industry.

In some jurisdictions, more than one license type is accepted. For example, in the U.S., businesses only need to be registered with the Financial Crimes Enforcement Network (FinCEN) as a money service business or have obtained a Bitlicense issued by the New York Department of Financial Services.

Noting that the change does not impact previously approved advertisers, the social media giant detailed:

This change will help make our policy more equitable and transparent and allow for a greater number of advertisers, including small businesses, to use our tools and grow their business.

Meta clarified that prior written permission is still required for crypto platforms, software apps, and products for exchanging, trading, lending, and borrowing. “Cryptocurrency wallets that also allow people to buy, sell, swap or stake their cryptocurrency tokens” and “Hardware and software for cryptocurrency mining” are also included.

The ad change announcement came one day after Meta’s executive David Marcus said he is stepping down and leaving the company at the end of the year. Marcus leads Facebook’s crypto efforts, including a crypto wallet and the digital currency diem, formerly libra.

What do you think about Meta relaxing Facebook’s rules for crypto advertising? Let us know in the comments section below.