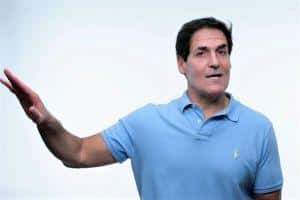 DeFi protocol Iron Finance suffered a massive impact to their TITAN token in what they described as a "bank run," and what many in the Cryptoverse called a rug pull - but inadvertently providing an important warning for algorithmic stablecoins, with Dallas Mavericks owner Mark Cuban finding himself among the victims too.

"Dear community, please withdraw liquidity from all pools," said Iron Finance earlier today, promising to share a post-mortem "as soon as we have a better understanding of this bank run." Per this initial post, USD Coin (USDC) collateral was available for redemption.

According to the comments that followed, the request wasn't in regards to TITAN, but IRON, "a multi-chain partial-collaterized stablecoin" available on Polygon (MATIC) and the Binance Smart Chain (BSC), per the website. This collateral consists of two tokens: TITAN and Polygon-based USDC, as well as STEEL and binance USD (BUSD) on BSC.

In the second post, the team explained that since the price of TITAN dropped to 0, the contract does not allow redemptions. Twelve hours of timelock will need to pass before USDC redemptions are once again enabled.

Cryptonews.com has reached out to Iron Finance for comment.

All this suggests that algorithmic stablecoins - those that "aim to maintain a stable price by automatically adapting the stablecoin supply to meet demand," as Gyroscope Protocol's Ariah Klages-Mundt wrote - come with risks of their own.

In regards to Iron Finance, Klages-Mundt, who is an applied math PhD student at Cornell University, argued that "the bank run is self-reinforcing with the price collapse of the Titan token that implicitly backs the algorithmic portion."

Iron, an under-collateralized-by-design stablecoin, is experiencing a bank run on its algorithmic/Titan portion, si… https://t.co/ojKrb3bPyf

Per Anderson Kill Partner Preston Byrne, this incident "has to do with the fact that all algo stablecoins are, economically speaking, total bullshit. [...] Algo stablecoins have been tried for years and years and they always blow up."

And what does Mark Cuban have to do with it, you ask?

"I got hit like everyone else," Cuban confirmed. "Crazy part is I got out, thought they were increasing their TVL [total value locked] enough. [Then] Bam."

In a related blog post, Cuban also revealed that he "placed some money" in certain blockchain and decentralized finance (DeFi) projects, including Polygon.

He then explained that he was "a small" liquidity provider for the decentralized exchange QuickSwap, providing two different tokens: DAI and, you guessed it, TITAN.

"But the cool thing is while I don’t get any extra rewards for this pair (you reading this Titan and Quickswap ???), I am currently the only [liquidity provider] in this pool, so I get 100pct of the fees. In every pool, the LPs, get a percentage of the fees based on the percentage of the liquidity they provide," he wrote.
____

just setting up my twttr

just setting up my twttr

"Valuing tokens is easier and makes more sense than you think" - Mark Cuban, two days before suffering a 99.9% loss. https://t.co/O1Lf31arnj

Mark I’m telling you the way you are rolling up your sleeves, no bs and getting in the weeds is the way to go with anything in life.

Doing that in DeFi gets you battle scars, exponential knowledge and respect from the community.

These are stories we’ll laugh about soon

Square’s value could 5X thanks to Afterpay deal: Pomp

Survey Shows 40% of US Crypto Owners Forget Their Password, 20% Write Passwords on Paper

Billions in Crypto Tied to Crime Has Flowed Into China Since 2019: Report