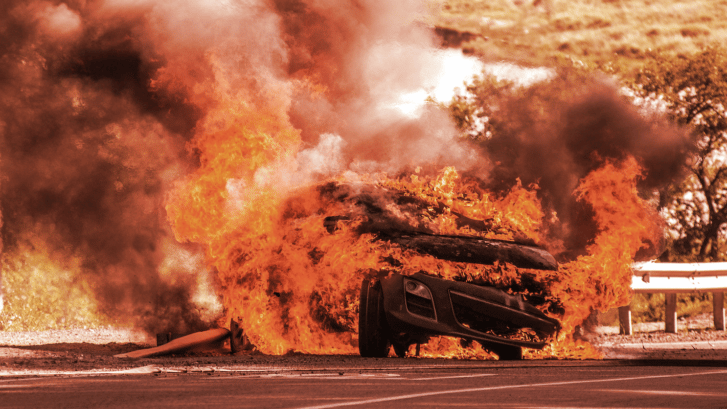 A major player like auto brand Porsche entering the Web3 space is typically a cause for celebration among NFT collectors. However, pre-launch concern quickly evolved into a 1,800-NFT pileup this week when Porsche’s pricey NFT drop fell well short of selling out, forcing the brand to announce plans to shift gears and cut the supply.

Porsche’s project focused on the German automaker’s iconic 911 sports car, with a planned drop of 7,500 Ethereum NFTs that would celebrate the vehicle and allow holders access to events and exclusive merchandise. It would also let crypto-savvy car junkies vaguely “help design Porsche's future in the virtual world.”

But buzz around the project took a hard negative turn last Friday when Porsche announced that it would sell the NFTs for 0.911 ETH apiece, or about $1,475 as of this writing. That’s a steep asking price in an NFT market that has lost considerable steam from the heights of early last year, particularly for a project with several thousand such NFTs on offer.

The backlash from Crypto Twitter was swift and severe. Notable builders and collectors in the space responded calling the move “tone deaf,” “clueless,” and a “cash grab,” as the tweet racked up more than one million impressions primarily through mocking shares.

Some suggested that 0.0911 ETH (about $145) would have made a lot more sense. But Porsche didn’t directly acknowledge the backlash in public, and its plans didn’t change.

Soon after the public mint started on Monday, primary sales slowed to a crawl—and in what’s seen as a death knell for any newly launched project, the NFTs were quickly being resold below the mint price on secondary marketplaces as owners fled the scene. By this morning, only about 1,500 of the NFTs had been minted. Porsche then made its move.

“Our holders have spoken,” the official project account tweeted today. “We’re going to cut our supply and stop the mint to move forward with creating the best experience for an exclusive community. More info in the next hours.”

Just over 1,850 NFTs have been minted as of this writing, with the sale now set to end at 6 a.m. ET on Wednesday. The floor price—that is, the cost of the cheapest-listed NFT on a marketplace—has fluctuated, briefly climbing above the 0.911 ETH mark on top marketplace OpenSea but again dropping below. Currently, it sits at 0.905 ETH (about $1,465).

How Porsche proceeds with a smaller community of NFT owners remains to be seen. The company did not respond to Decrypt’s requests for comment, both before and after today’s announcement.

Even the decision to announce plans to kill the mint but not immediately do it was slammed by some. Rug Radio co-CEO Farokh Sarmad called out the project’s Twitter messaging, writing, “Whoever is running @eth_porsche, you're not helping the @Porsche brand and you suck.”

Porsche is the latest example of a brand endeavor in the Web3 world gone wrong. While some traditional companies have been praised for partnering with existing NFT projects—as Budweiser and Adidas did—or using the tech in ways that aren’t revenue drivers themselves (like Starbucks and Reddit), others have faced considerable criticism

Pepsi’s Mic Drop is a notable example—even as a free mint, it was criticized for clunky messaging and strange artwork. A recent Game of Thrones NFT launch was widely mocked for generic, glitchy artwork. And while it ultimately sold out, a Tiffany & Co. NFT drop last year tied to CryptoPunks-themed pendants was criticized for its costly mint price.

Celebrity-linked NFT projects have faced similar criticism in the past, whether or not they’ve sold well. Donald Trump’s recent collection, for example, was widely mocked—even by Trump supporters—but ultimately sold out and rose in value. A Michael Jordan-inspired project launched by his son last year on Solana cut its own supply after a slower-than-expected mint.

Broadly, Web3 advocates appear increasingly keen on brands attempting to build in the space by giving away NFTs or making them affordable and accessible. Attempts by established firms and celebrities to simply extract value via high prices and minimal value don’t tend to land well.

Porsche’s drop, to many observers, is yet another example of the latter—and the brand may have learned a tough first lesson in Web3 as it considers a modified path ahead.