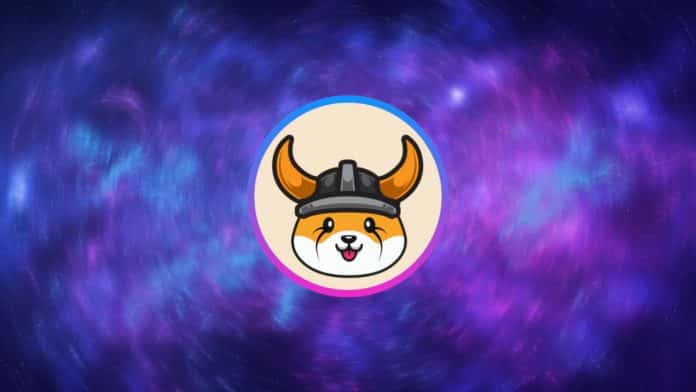 Floki just turned a year old and is sending a strong message by sending a 3D Floki token into the stratosphere.

Widely known as the people’s cryptocurrency, Floki disrupted the crypto industry in its first year with its aggressive marketing campaigns that made the cryptocurrency a household name.

A Disruptive Marketing Campaign That Put Floki in Front of Billions

These aggressive marketing moves include partnerships with major international football clubs like:

These football partnerships combined had the Floki logo and brand displayed to football lovers on sports jerseys, LEDs in and around stadiums, and football marketing materials. Combined, these partnerships put the Floki brand in front of an audience of over 3 billion people.

Not stopping with football partnerships, Floki was also able to form an alliance with leading Formula 1 team Alfa Romeo F1 Team ORLEN – a massive move that helped boost its reach and create brand awareness considering the Formula 1 sport has an audience of 1.55 billion people.

Floki also had billboards, banners, and brand advertisements prominently featured in about a dozen countries, including its controversial ad campaign on the London Underground and on over 300 buses in the UK, ads in Heathrow Airport, the Dubai International Airport, and the Istanbul Airport.

These marketing moves made Floki one of the strongest and most recognizable crypto brands within its first year.

Floki launched the alpha version of the “Battle Arena,” its signature Valhalla game, on the Optimistic Kovan testnet in late February 2022!

The game, which can be played on the https://valhalla.game website, launched with good reception and has been widely praised due to its sleek graphics and impressive blockchain mechanics.

The first major release of Valhalla, which features P2E, on-chain gaming interactions, and upgradeable NFTs, will go live towards the end of the year.

The Valhalla game is being built by an experienced team of over 20 developers based in the Netherlands.

Floki has several other utility projects being developed, including a crypto education platform, an NFT and merchandise store, DeFi, and a mystery protocol codenamed “Project L,” which is due to launch soon.

Beyond its strong marketing and utility, Floki has been able to build a solid legacy in its first year due to its strong charitable moves:

In its first year, Floki collaborated with trusted and prominent NGOs to build schools in four countries: Nigeria, Ghana, Laos, and Guatemala.

The Nigerian school, completed in May 2022, is a state-of-the-art school featuring six blocks of classrooms, a technical laboratory equipped with computers, a borehole for potable water, and furniture. It’s the biggest and most equipped school in the community it was built, with community members calling the school an unexpected blessing.

The Floki community also made an NFT sale for its limited 10,000 Flokitars NFT, which sold out in 32 minutes, generated $1.4 million, and donated every cent of this sale to the Million Gardens Movement, an organization working hard to fight food insecurity.

These charitable moves show that Floki, and by extension crypto, is a force for good in the world.

With 400,000 holders, Floki has one of the most significant communities in crypto.

A combination of Floki’s strong focus on utility, aggressive marketing, and love for charity has resulted in Floki having one of the most robust communities in crypto.

To celebrate its first birthday anniversary and send a strong message to the world and beyond, Floki launched a 3D model of its token into the stratosphere on Saturday, June 25th at 5 pm UTC. The event was live-streamed on the official Floki website at https://www.floki.com/flokibirthday/.

More importantly, with plans to focus intensely on utility and adoption in its second year, Floki seems to have a bright future ahead. Critical catalysts in Floki’s second year include the first major release of its flagship P2E metaverse game Valhalla, the release of its “Project L” protocol, and lots more.

Floki is changing the game in crypto. You can learn more about the project at floki.com and find us on Twitter. We encourage you to check out the playable Alpha version of Valhalla at valhalla.game and to join our movement on Telegram.

Disclosure: This is a sponsored press release. Please do your research before buying any cryptocurrency or investing in any services.