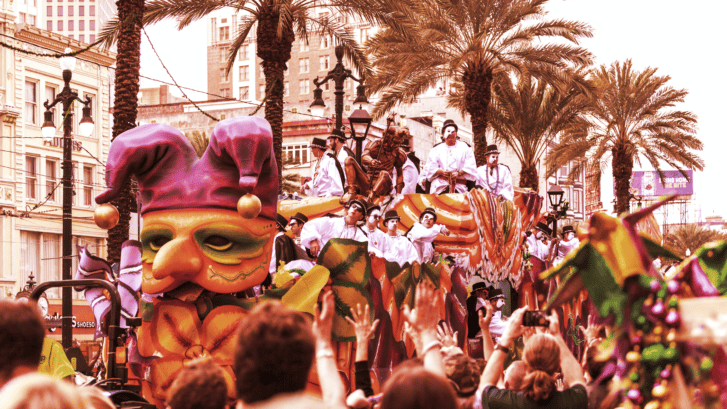 Finding a decent bathroom amid the chaos and revelry of Mardi Gras can be tricky. But this year, when you gotta go, at least one venue in New Orleans will be happy to let you use theirs—if you have the NFT pass.

“Nieux Society members used this cutting-edge technology to create a collective vision for Mardi Gras while utilizing NFT technology to provide holders exclusive access, benefits, and an ongoing invitation to join us on our journey to help New Orleans’ realize her full creative potential,” Tim Williamson, Co-Founder and CEO of NieuxCo, said in a press release.

Creative uses of NFTs, such as access tokens to real-world experiences, are not new—although they have a mixed record. In August 2022, a New York restaurant proposed using NFTs to secure highly coveted reservations. Both diners and NFT fans widely mocked it.

Once news of the drop leaked on Crypto Twitter, the pitch became the butt of several jokes.

Other tweets were not so kind.

“I’m going to piss on the back of the building for free, and there is nothing they can do about it,” one account tweeted.

“$160 for a bathroom during parades LMFAO y’all just use your regular secret pee spot. This is a good money grab for tourists tho,” another wrote.

A press representative told Decrypt there is nothing inherently special about the bathrooms the NFT gives access to.

Nieux says the NFT holders will also be invited to workshops and have the chance to participate in other New Orleans-themed NFT collections. The NFT will also unlock an augmented reality game where the collectors search the city for digital doubloons that unlock additional perks.