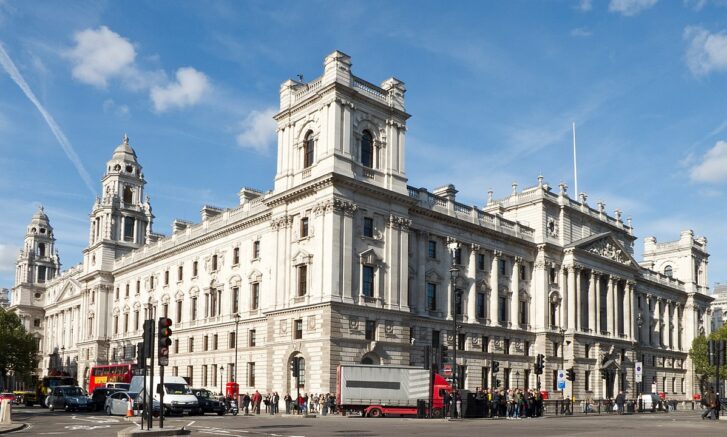 In April, the United Kingdom’s Economic and Finance Ministry, also known as Her Majesty’s Treasury, announced its intention to put the United Kingdom at the forefront of technology by bringing stablecoins under the country’s payments regulation — a bold move that looks especially intriguing in contrast to the recent shock, caused by TerraUSD’s (UST) depegging.

Later, in May, during the annual Queen’s Speech, Prince Charles informed the Parliament about two bills that will support “the safe adoption of cryptocurrencies” and “create powers to more quickly and easily seize and recover crypto assets.”

Taken together, these initiatives give an impression of the nation’s growing interest in digital assets, which comes as no surprise, given the inevitable competition for innovation with the European Union.

The last few months were busy for crypto in Great Britain. Besides some important precedents being set such as the High Court’s decision to recognize nonfungible tokens (NFTs) as property or the listing of Grayscale’s first European ETF on the London Stock Exchange, we witnessed some major announcements by regulators.

The Treasury’s affair with stablecoins

In its announcement on April 4, following a several-month public consultation, the Treasury acknowledged that certain stablecoins could become “a widespread means of payment” for retail customers. It also stated its readiness to “take the necessary legislative steps” to bring stablecoins into a comprehensible regulatory framework.

As the head of tax at Koinly, Tony Dhanjal, explained to Cointelegraph, this announcement should be regarded as huge news or even a game-changer because it will lead to the reclassification of stablecoins in the U.K.:

“Once stablecoins are no longer subject to capital gains tax, spending crypto could become a lot more widespread and we could see the adoption of crypto as a means of payment in mainstream industries.”

The intentions voiced by the Treasury weren’t limited solely to stablecoins; the financial regulator also teased the launch of a Cryptoasset Engagement Group, which will consult with the industry stakeholders; reassessing the country’s tax system in regard to crypto, establishing a “financial market infrastructure sandbox” and even the Royal Mint’s very own NFT.

Even the infamous market crash on the second week of May, particularly painful to the stablecoins’ original promise of zero volatility, didn’t discourage the Treasury. According to the Independent, legislation to make stablecoins a means of payment would be included in the Financial Services and Markets Bill.

What is known now is that the Treasury doesn’t plan to include algorithmic stablecoins, such as UST, in this legislation — only fully-backed stablecoins like Tether (USDT) or USD Coin (USDC) are being considered.

The aforementioned Financial Services and Markets Bill, which would possibly include the guidelines for stablecoins, occurred as a part of the Queen’s Speech — a package of 38 legislative projects that was announced to the Parliament on May 10.

In its current form, it doesn’t tell much, though the very language sounds rather benevolent for the industry. The bill aims at “harnessing the opportunities of innovative technologies in financial services,” including:

“Supporting the safe adoption of cryptocurrencies and resilient outsourcing to technology providers.”

For now, the key point of the bill’s announcement is the intention to craft a national framework which wouldn’t copy the EU’s. While it would initially apply to the traditional finance sector, similar requirements for crypto assets are expected.

Another part of the Queen’s Speech that bodes significant for the crypto industry is the Economic Crime and Corporate Transparency Bill. At first sight, it doesn’t sound that amicable to the digital currencies, referring to them in a list of the risk zones where British enforcers are going to tighten their grip. As the only line mentioning crypto goes, the bill would create powers to:

“More quickly and easily seize and recover crypto assets, which are the principal medium used for ransomware.”

While the “principle medium for ransomware” is not exactly benevolent wording, the existence of a body that could not only seize, but also actually recover the funds in crypto would bolster the market.

“A huge step for the UK”

The general perception in the U.K. crypto community is a positive one, Djahal said. There is still a commonly held belief that crypto is a criminals’ paradise hence the regulation is welcome, he believes:

“It’s not that existing powers cannot seize the ransomware money, but Anti-Money Laundering legislation enacted in 2002 way before crypto was incepted, is perhaps just not fit for purpose in the cryptoverse.”

Benjamin Whitby, head of regulatory affairs at Qredo, tends to agree on that matter. He told Cointelegraph:

“I feel the recognition of the space in this proposal is hugely positive, recognizing the asset class will unlock the opportunity for more fintech firms to start working crypto assets into their technology stack.”

While the ambition to develop effective enforcement still might be perceived as somewhat ambivalent at this point, experts are excited about the announced stablecoin recognition. Whitby called it “a huge step for the U.K.,” but said we shouldn’t kid ourselves that “everything will be smooth sailing:”

“It’s vital people that have a position they can move to for safety, with regulated stablecoins we can move into a T0 settlement world and reduce the burden on the creaking and fragile traditional infrastructures.”

Dhanjal believes that the British financial authorities might even seek their own stablecoin, which would pretty much resemble a central bank digital currency (CBDC) — a government-backed “Britcoin” that will be pegged to the Great British pound. The intent here is to maintain financial stability and address the volatility inherent in crypto, he states:

“With appropriate regulation, a Britcoin could provide a more efficient means of payment and widen consumer choice, particularly in the emerging decentralized financial system.”

It is hard not to compare the U.K. with its continental neighbor now that they are separate and have to compete with each other for talent and innovation. The very spirit of the Queen’s Speech draws on that comparison, stating its mission to “make the most of our Brexit freedoms” or “seize the benefits of Brexit” — overall, the word “Brexit” is mentioned 20 times. The U.K. could and would innovate and adopt faster than many jurisdictions, Whitby believes, and the move away from the EU regulatory process allows it to act faster:

“Crypto assets unlock faster settlement, remove credit risk and drop settlement times to near zero, it’s a huge win for commerce and the U.K. has set the intent it will take the front foot. The U.K. has a long history of exploring boundaries, crossing oceans in tiny ships, insuring risk and forming new ventures — crypto is no different.”

Dhanjal is confident that the U.K. has a high chance of out-competing its continental neighbors, as it possesses a centuries-old heritage in financial services, a deep talent pool and experience from all over the world across the financial sector and startups. In his opinion, the U.K. is unwilling to adopt the general spirit of EU regulations, and that is good news for the country.

“Now that the shackles of the EU have been removed through Brexit, the U.K. can accelerate through the gears in becoming a world leader in crypto innovation and adoption,” he said.

Gilbert Hill, the chief strategy officer at blockchain-based data aggregation platform Pool, told Cointelegraph that U.K. authorities are genuine in their efforts to create a haven for starting and scaling crypto companies, but, in his estimate, not all of them are efficient.

In particular, he finds the current regulatory sandbox inflexible and said that it has rejected two-thirds of applicants, which has already resulted in a drain of some of the best projects to the European mainland. Hill also emphasized the strong sides of the European approach:

“In a nutshell, the EU is putting data reform at the heart of its strategy with the aim of busting silos worth 300 billion euro a year, and a set of new laws covering everything from AI through to internet gatekeepers and data unions, all a new source of high-quality intel to build better Web3 products.”

To become a future leader, Hill stated, the U.K. needs the same degree of political will “shown on the mainland” and to break free from the inflexible FCA/sandbox model. Hopefully, the spirit of competition and the urge to justify its separation from the continent will help the nation to make the right decisions.