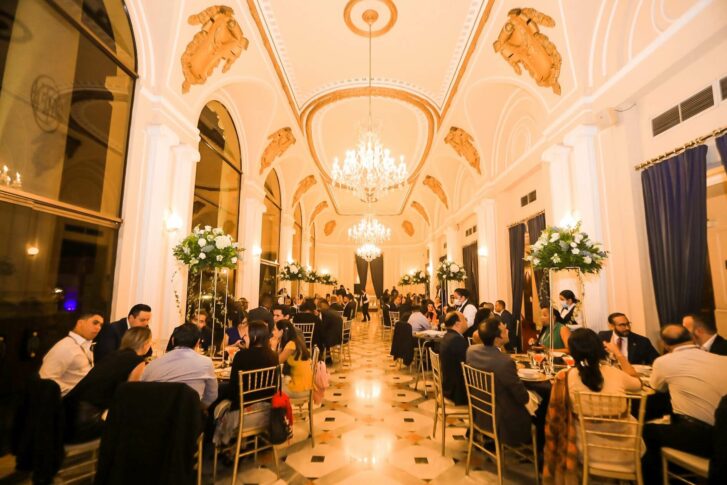 Central bankers attending a large-scale conference have moved to distance themselves from claims they are in El Salvador to talk about bitcoin (BTC) adoption – while local media outlets have suggested that BTC may be further down the agenda for the 44 nations attending than previously claimed. But evidence does suggest that the bankers and government ministers attending have already taken more than a passing interest in El Salvador’s adoption initiatives.

In an official release likely aimed at addressing reports that El Salvador was hosting something akin to a BTC conference for central bankers, the Central Bank of Paraguay wrote that it was actually attending an event organized by the Alliance for Financial Inclusion focused on the development of small and medium-sized enterprises and financing digital services.

The Salvadoran newspaper Diario El Mundo reported that the event had been originally slated for early 2020 – incidentally over a year before El Salvador unveiled its own BTC adoption plans – but had been postponed due to the COVID-19 pandemic.

In fact, most Salvadoran media outlets covering the event have not mentioned any BTC-related talks at the summit.

And the mystery of a map posted by the Bitcoin Beach Twitter account on May 16 – causing consternation and surprise among social media users by showing vast swathes of the world shaded orange (the unofficial “color” of bitcoin) – appears to have been solved.

The image appears to be a screenshot of the Alliance for Financial Inclusion’s member map – with a shade of orange also incidentally being the alliance’s color of choice.

However, it might be wide of the mark to assume that BTC will not be on the table for attendees at the summit. Despite their protestations to the contrary, many of the central bankers in attendance will be keen to learn more about El Salvador’s BTC adoption plans, particularly the way in which bitcoin could change the financial picture for economies that rely heavily on overseas remittances.

Furthermore, as host, El Salvador is entitled to – to some extent at least – tweak the meetings’ agendas and offer presentations on topics of its choosing. It can also customize its guests’ “social” schedules on the fringes of the meetings. And it appears that it has done just that.

Bitcoin Beach representatives were in attendance at Digital Financial Working Group meetings, where they claimed that central bankers had “lined up to get help downloading and using [the] Bitcoin Beach Lightning wallet.”

Bukele himself has claimed that “banking the unbanked,” and El Salvador's (and Bitcoin Beach’s)’s BTC adoption will be discussed at the meetings.

And – like it or not – central bankers or their teams appear to have been exposed to BTC-related talks already. Roman Martínez, a community leader at El Zonte’s Bitcoin Beach, was photographed presenting at both the Digital Financial Services Working Group meetings and the SME-related event.

Meanwhile, Diario El Mundo also reported that some businesses in San Salvador are pushing back against the law – introduced in September last year – that legally obliges all merchants in the country to accept BTC pay if requested by a customer.

The media outlet spoke to a number of merchants in the downtown historical center of the city, with many of those quoted (mostly market stall or small shop owners) stating that they did not accept bitcoin and only wanted to do business in the United States dollars. The newspaper spoke to a lingerie vendor, a seller of smoothies, and a cellphone repair specialist who all claimed not to be accepting BTC.

One vendor who does accept BTC, however, claimed that “around 25 people a week” came to his stall to pay for goods in bitcoin.