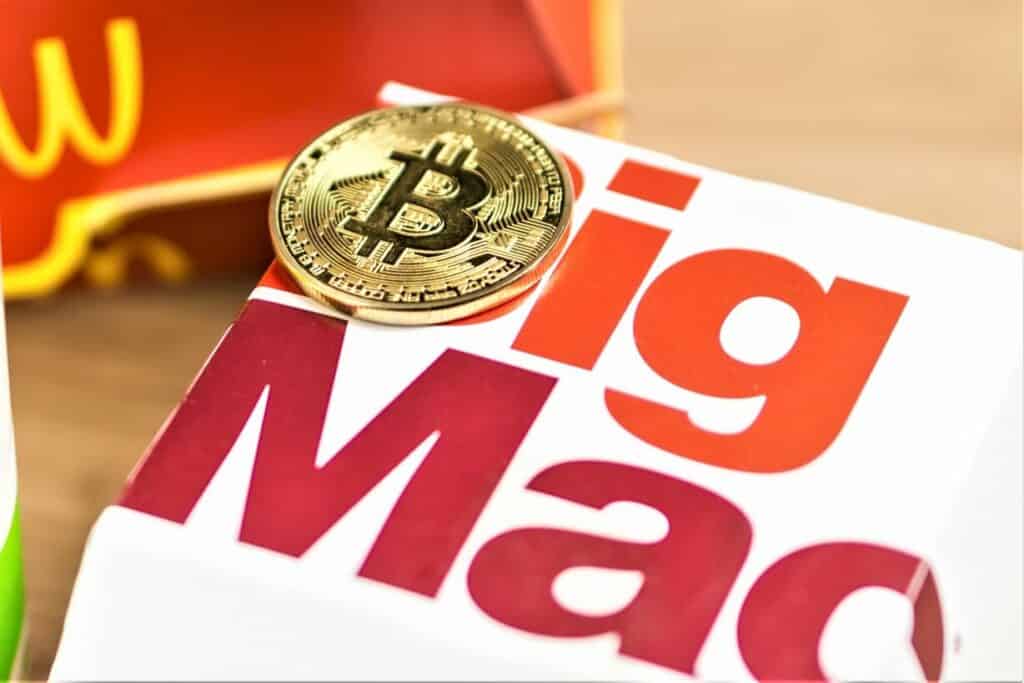 It has now been more than a month since El Salvador officially began enforcing a law making bitcoin (BTC) legal tender within the Central American country. Much has been of the rapidity with which this law was proposed and then passed, with protests suggesting that at least some of the local population didn’t really agree with President Nayib Bukele’s plans to turn El Salvador into a Bitcoin nation.

Despite the rollout attracting a certain amount of controversy and skepticism, it has been something of a PR extravaganza for Bitcoin, particularly with major multinational brands such as McDonald’s and Starbucks now accepting BTC in their El Salvadoran outlets. But even if such companies have begun accepting bitcoin, to what extent exactly are they and other businesses actually using BTC, and do they have any plans to accept the cryptocurrency in their branches elsewhere in the world?

Well, the multinationals themselves are remaining zealously tightlipped about their future plans with BTC, with none of them responding affirmatively with requests to comment. That said, observers within and without El Salvador suspect that their acceptance of bitcoin may be part of a gradual journey towards wider acceptance in other parts of the globe.

How El Salvador’s flirtation with BTC is going

Reports coming out of El Salvador from the likes of Reuters suggest that, while many El Salvadorans have at least dabbled with the country’s new BTC infrastructure, businesses are generally less enthusiastic.

For instance, the Salvadoran Foundation for Economic and Social Development has shared data revealing that three million people have downloaded the Chivo app, equal to around half of El Salvador’s population. At the same time, 12% of consumers have actually used bitcoin for payments or transfers.

On the other hand, this same data reveals that 93% of companies operating in El Salvador are still reporting that they’ve made no bitcoin payments. This picture is largely supported by the testimony of industry players observing the situation in El Salvador as it unfolds.

“We have not seen reports or evidence of widespread use of bitcoin for payments at major brands in El Salvador that have added BTC payments, and this is not surprising,” said Garrick Hileman, Head of Research at Blockchain.com.

“While we have seen anecdotal reports of BTC payments working smoothly at McDonald’s and Starbucks, the state-run Chivo wallet — which El Salvadorans must use to access their government-provided bitcoin — has experienced initial technical difficulties,” he noted.

Hileman adds a major educational push is needed around bitcoin and digital wallets in El Salvador before we’re likely to see businesses — local and multinational alike — embrace the cryptocurrency. He also notes that the economics of Bitcoin make it less likely that people will actually use BTC for day-to-day spending.

“The traditional reluctance of many bitcoin owners to spend their BTC should also not be underestimated. Many would rather save bitcoin than spend it,” he told Cryptonews.com.

Observers within El Salvador also corroborate this account. Dr Javier Simán, the president of El Salvador’s National Association of Private Enterprise (ANEP), told Cryptonews.com that bitcoin “has not become popular,” with technical issues being one major reason for this.

“Most large companies and franchises have reported problems accepting payment through Chivo Wallet, the government-sponsored app, and instead, are using alternative apps. But all companies are converting bitcoins to dollars as immediately as possible so as to not assume any exchange losses,” he said, noting that economic rationalism means very few companies would want to speculate with BTC or other cryptoassets.

Likewise, Valeria Vásquez, a Central Americas analyst at risk consultancy Control Risks, also cites technical glitches and security worries as a big reason as to why few businesses have seen widespread use of bitcoin.

“Several shops and restaurants (even hotels) are accepting bitcoin as a payment — in places like McDonald’s, you can pay with bitcoin not only in the restaurant, but also online and through the delivery app. However, not everyone is using the government’s wallet (Chivo) due to the technical glitches, security and the better functionality of other wallets,” she told Cryptonews.com.

Vásquez notes that some users have had to wait several hours for the transaction to take place or for the shop to receive the payment. This has put many off, yet reluctance is even greater among businesses.

“On the local business side, there is more reluctance towards using Chivo wallet and BTC, but they will continue using bitcoin mainly because everyone is obliged to accept it and all prices of products and services must be expressed in USD and bitcoin,” she added.

When looking at the multinationals — Starbucks, McDonald’s, Pizza Hut, Olive Garden — that have famously begun accepting bitcoin in El Salvador, observers warn against the assumption that they’ll soon begin accepting cryptocurrency in other countries.

“Multinationals that are now accepting bitcoin payments in El Salvador will certainly learn from this experience, and these learnings can be shared across global operations. However, because BTC retail payments at businesses like McDonald’s are likely to be de minimis in El Salvador for the foreseeable future I would not expect a company like McDonald’s to rush to add BTC acceptance in other markets,” said Garrick Hileman.

“We cannot assume what multinational companies will do [the same] in other countries with other currencies,” he said.

Simán also offers a reminder that, when you have a dollarized economy (such as El Salvador’s), it “makes no sense to convert dollars into bitcoins and then back again to dollars.” On the other hand, he acknowledges that “Bitcoin may be seen differently in countries with a lower dependence on US Dollars.”

While noting the current unlikelihood that multinationals will begin accepting bitcoin elsewhere, Valeria Vásquez is hopeful for the more distant future.

“Currently, a growing number of companies are embracing cryptocurrencies, allowing customers to pay with it. In El Salvador, for example, multinationals are learning to adapt to this new reality and this will likely happen across the world,” she said.

She warns that companies must be aware of the dangers and challenges inherent to processing cryptocurrency payments. However, in contrast to El Salvador (which has a weak regulatory framework with fewer protections), other more developed nations may be more successful in terms of encouraging greater acceptance of cryptocurrencies among businesses.

“Multinationals will be more receptive to accepting cryptos as long as the regulatory and compliance framework is robust and is supported by a transparent base,” she added.

Cryptonews.com did reach out to the four US-headquartered multinationals (McDonald’s, Starbucks, Pizza Hut, and Olive Garden) most famously accepting BTC in El Salvador. Only one replied to our inquiries, and in the case of the corporation that did reply — Olive Garden — it ‘politely declined the opportunity’ to comment on its future plans.

But while multinationals are likely very reluctant at the moment to take their acceptance of bitcoin further, at least some commenters say that El Salvador is an important early step in familiarizing the world with Bitcoin and cryptocurrency.

“I believe, in the future, we’ll look back on El Salvador’s adoption of bitcoin both as legal tender and a reserve asset as a major milestone in bitcoin’s journey to become a global reserve currency,” said Garrick Hileman.

Valeria Vásquez also reminds us that Bitcoin’s rollout in El Salvador has been problematic, something which may or may not hurt its longer-term chances of future adoption. Similarly, Javier Simán argues that making bitcoin legal tender may be a move that backfires on the cryptocurrency, not least because its volatility could be damaging for consumers and businesses alike.

He concludes, “People expect legal tender to be safe. Not risky. All businesses are already risky enough. People do not want to assume additional exchange or devaluation risks.”

In either case, Vásquez notes that El Salvador’s new relationship with Bitcoin is an experiment that other countries are watching very carefully.

“Other countries will likely wait and see El Salvador’s implementation, if it works, if it is beneficial, if it attracts more foreign investment,” she said.

– El Salvador Will Be a Serious Test for Bitcoin’s Layer-2 Networks
– El Salvador Brings New Global Puzzle – What Is Bitcoin & How To Tax It?