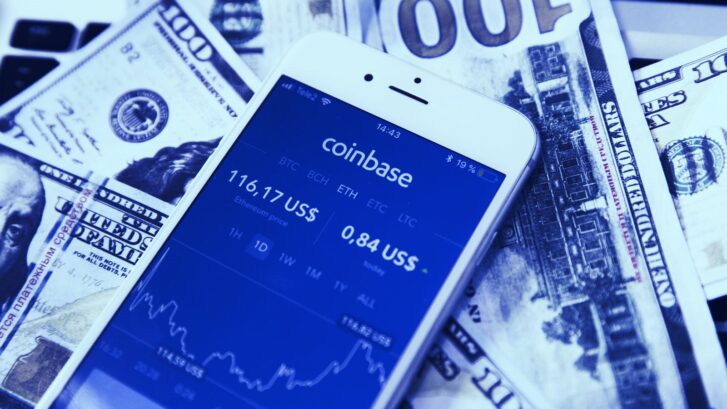 Crypto exchange Coinbase has been hit with two separate class-action lawsuits on Thursday. Each allege the company made “false and misleading statements” regarding the nature of its operations.

Each suit claims that investors suffered losses due to the bankruptcy clause in its SEC filing and recent reports of an SEC probe into Coinbase over offering trading services for crypto assets that should've been registered as securities.

The first suit was filed by Bragar Eagel & Squire in the U.S. District Court of New Jersey, with the law firm acting on behalf of “all persons and entities” who purchased “Coinbase securities” between April 14, 2021, and July 26, 2022.

The second lawsuit came from the San Diego-based Robbins Geller Rudman & Dowd LLP—which describes itself as “one of the world’s leading complex class action firms”— and covers the same class period.

Both suits use largely the same wording, asserting that Coinbase “knew or recklessly disregarded” that the crypto assets it held should not only be registered as securities but could also potentially be subject to bankruptcy proceedings in which the exchange’s customers would be treated as general unsecured creditors.

Coinbase disclosed that the crypto assets it held “may be considered to be the property of a bankruptcy estate” in its 10-Q filing submitted on May 10 along with the Q1 earnings report.

The two class action suits also refer to the recent Bloomberg report that Coinbase is facing an SEC investigation over allegedly listing unregistered securities, pointing out that the price of Coinbase's shares fell by more than 26% on the first occasion, and an additional 21% on the second, causing substantial damage to investors.

Coinbase stock is down 64.59% since the start of the year. It has, however, surged by more than 47% over the past five days.

The most recent deal with BlackRock, which will see the $20 trillion asset manager expand its institutional trading services to include crypto, took the price of the company’s shares as high as $106.20 on Thursday.

Shares of COIN fell to $88.90 at the closing bell yesterday, and are down 2.70% in pre-market trade as of this writing.

“The Private Securities Litigation Reform Act of 1995 permits any investor who purchased or acquired Coinbase securities during the Class Period to seek appointment as lead plaintiff,” reads the Robbins Geller Rudman & Dowd filing.

Bragar Eagel & Squire, in turn, invited those who “purchased or otherwise acquired Coinbase shares and suffered a loss, are a long-term stockholder, have information, would like to learn more about these claims,” to contact the firm.

Coinbase has repeatedly denied it has listed securities on its trading platform, with the company’s chief legal officer Paul Grewal stating last month that the SEC has already reviewed its listing process. According to Grewal, this ensures that securities are kept off the platform.

All about Bitstamp: The who, how, and why