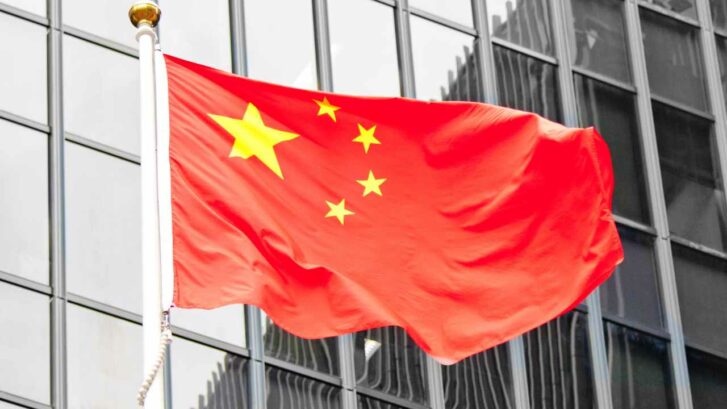 A Chinese state-run newspaper has published an article warning about bitcoin’s price falling to zero amid the crypto market sell-off. Meanwhile, financial regulators in Shenzhen have issued a new warning about cryptocurrency.

China’s state-run newspaper Economic Daily published an article warning about bitcoin Wednesday, according to SCMP. The nationwide newspaper is directly under the control of the Central Committee of the ruling Chinese Communist Party.

The article warned that investors should beware of the risk of bitcoin prices “heading to zero” amid the recent crypto market sell-off.

“Bitcoin is nothing more than a string of digital codes, and its returns mainly come from buying low and selling high,” the newspaper details, adding:

In the future, once investors’ confidence collapses or when sovereign countries declare bitcoin illegal, it will return to its original value, which is utterly worthless.

The newspaper details that the lack of regulation in Western countries, such as the United States, helped create a highly-leveraged market that is “full of manipulation and pseudo-technology concepts.” The article describes it as an “important external factor” contributing to bitcoin’s volatility.

The warning from the state-run media reflects Beijing’s firm stance against cryptocurrency and related activities that the government has outlawed.

On Tuesday, the Financial Regulatory Bureau of Shenzhen, the Shenzhen Central Sub-branch of the People’s Bank of China, and the Shenzhen Development and Reform Commission also jointly issued a warning that investors should be vigilant of illegal financial activities relating to crypto and how to avoid being scammed.

The notice states that virtual currency trading and speculation “seriously endanger” the safety of people’s property and breed gambling, illegal fundraising, fraud, pyramid schemes, money laundering, and other illegal and criminal activities. It also claims that they disrupt the country’s economic and financial order.

The financial authorities cited a statement published in September last year by China’s central bank, the People’s Bank of China (PBOC), and 10 ministries and commissions declaring that virtual currency is not legal tender and related activities are illegal financial activities.

What do you think about the state-run newspaper publishing a warning about bitcoin’s price sinking to zero and the Chinese regulators warning about illegal crypto activities? Let us know in the comments section below.

A student of Austrian Economics, Kevin found Bitcoin in 2011 and has been an evangelist ever since. His interests lie in Bitcoin security, open-source systems, network effects and the intersection between economics and cryptography.

$475M in Bitcoin options expire this week — Are bulls or bears poised to win?