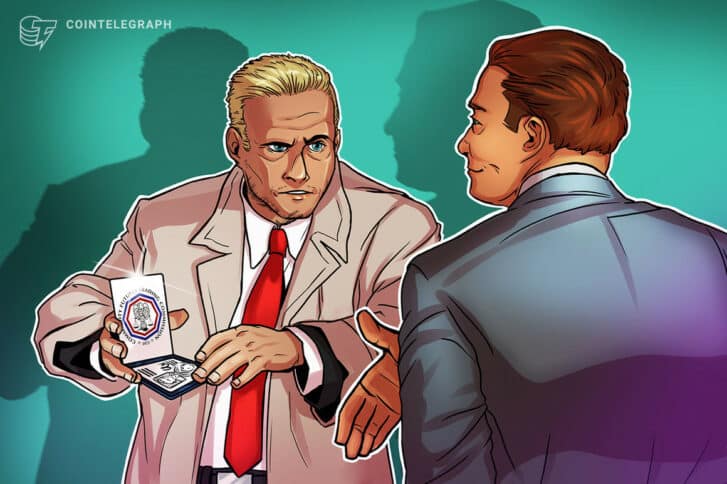 The United States Commodity Futures Trading Commission, or CFTC, filed a complaint against Digitex LLC and its founder and CEO Adam Todd for failing to register the cryptocurrency futures exchange and manipulating the price of its DGTX token.

According to a Sept. 30 court filing in the Southern District of Florida, Todd allegedly pumped up the price of DGTX tokens in an effort to inflate Digitex’s holdings. The U.S. regulator claimed the Digitex CEO used different corporate entities as part of a scheme to launch and operate an illegal digital asset derivatives trading platform, in violation of the Commodity Exchange Act.

CFTC rules require performing rKnow Your Customer checks and implementing a customer information program. Todd said in 2020 that he planned to remove all KYC procedures from Digitex in an effort to protect user data.

The complaint said the CFTC sought a court order blocking Todd and Digitex from engaging in digital asset transactions considered commodities under the regulator’s purview. In addition, the regulator intended for Digitex to pay civil monetary penalties, disgorgement, and restitution to affected parties. At the time of publication, both Digitex’s and its futures websites were offline.

Many in the crypto space have criticized regulators including the CFTC and Securities and Exchange Commission, or SEC, for taking a “regulation by enforcement” approach to crypto in the United States. While the SEC is currently engaged in a legal battle against Ripple over whether the firm’s XRP sales violated securities laws, CFTC commissioner Caroline Pham met with Ripple CEO Brad Garlinghouse as part of a “learning tour” on crypto and blockchain in September.