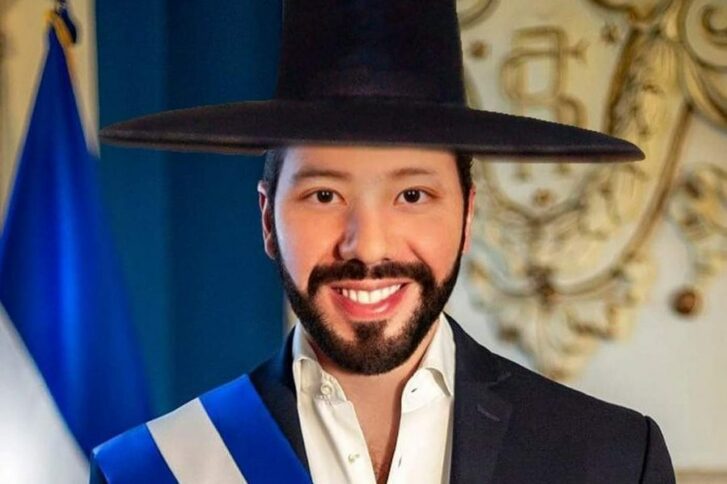 The latest episode of a South Korean drama series about scorned women looking for revenge featured a character based on the El Salvadoran President Nayib Bukele – and the Bitcoin (BTC)-keen leader is looking on the light side.

The drama in question is named “Becoming Witch” and is currently airing on Netflix and TV Chosun. Its Korean title is “Manyeoneun Salassida” (마녀는 살아있다, literally “The Witch Is Alive”).

In the seventh episode of the series, a South Korean character is on stage, presenting at an investors’ meeting for what appears to be a scamcoin named Civa Coin.

The presenter speaks about El Salvador – mentioning its size and location. And then, after asking the audience to turn off their mobile phones, he shows them a photograph of a man he claims is his friend – Nashim Bupele, the President of El Salvador.

Bupele, the presenter states, has made history by adopting Civa Coin as legal tender in El Salvador.

In real life, Bukele adopted bitcoin as legal tender in September 2021 and launched the state-run Chivo bitcoin app and wallet.

And the “real” Bukele responded to the clip in a tongue-in-cheek fashion, writing on Twitter that the drama’s producers had made a “questionable casting choice” for the role of “Nashim Bupele.”

As the drama is still airing, it is not yet clear if “Bupele” will make another appearance. However, he has already become something of a meme in El Salvador.

Most active of all on this meme were MPs from Bukele’s own Nuevas Ideas Party. The MP Cecilia Rivera shared a photoshopped image of Bukele wearing a gat, traditional headwear for scholars during the Joseon Dynasty (1392-1910) period of Korean history.

Other MPs shared the same image.

Fellow MP Ana Figueroa showed off some impressive Korean language skills in her own response, which read (in Korean):

“Our President is better-looking than this.”

Although the series does not focus on crypto directly, it does address matters pertaining to the space. One of the three wronged female protagonists has inherited a small fortune from her deceased husband’s life insurance policy. And one of the male antagonist characters is portrayed as being something of a sucker for bad investments.

- Following MicroStrategy, El Salvador's Bukele Buys Another Bitcoin Dip Too, Skeptics Chime In
- Despite the Bear Market, a Salvadoran Wants to Build a USD 200M Power Plant to Mine Bitcoin