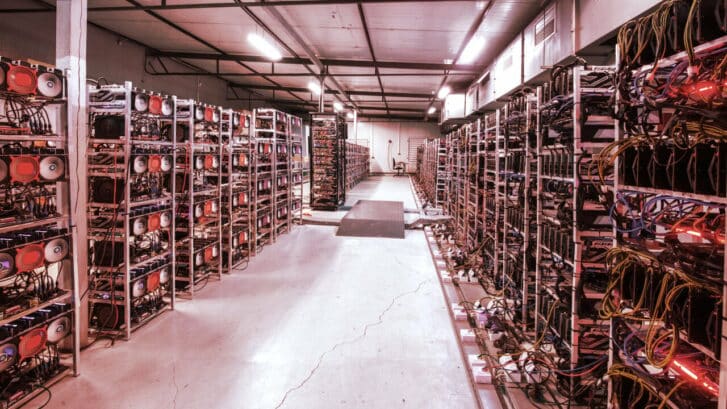 Bitcoin technology company Blockstream has raised $125 million to break further into Bitcoin mining—an industry whose top players have been struggling to stay afloat.

Mining is the process by which Bitcoin users are financially incentivized to secure the blockchain. Miners use specialized, energy-intensive hardware to construct Bitcoin’s next block, for which they are rewarded with a fixed amount of Bitcoin—6.25 BTC as of this writing.

As Bitcoin’s market value decreases, so does the dollar-denominated revenues available to miners, thus weeding all but the most cost-efficient players out of the market. After Bitcoin’s latest pump to $23,000, however, the average miner is once again able to operate at a profit.

“This fundraise allows us to accelerate the year-over-year revenue growth we created with our 2021 Series B and continue to build infrastructure for the future Bitcoin economy,” explained Erik Svenson. Blockstream’s President & CFO, in a press release.

The prior $210 million raise took place in August 2021, alongside crypto’s biggest raises in a time when the market was heading into its all-time high market capitalization of more than $3 trillion. That money was used to build mining facilities for hosting services, in which customers rent the company’s ASICs to earn Bitcoin from mining for a limited time. Tuesday’s raise will deploy capital for the same purpose.

“Demand for Blockstream’s hosting services remains high due to the company’s strong track record and substantial scale, coupled with an industry-wide shortage of available power capacity,” stated the firm.

Blockstream is one of the world’s largest mining operators, with 500 megawatts in its development pipeline. Rival firms like Core Scientific—one of the largest publicly traded miners in North America—filed for bankruptcy in December after dumping nearly all of its Bitcoin holdings and failing to pay down debt. Core Scientific now being investigated for potentially committing securities fraud.

Iris Energy fell into a similar predicament, slashing its Bitcoin mining capacity in May to pay down its collateralized loans for mining hardware in November.

“Recent events in the broader cryptocurrency industry underscore the value and importance of the work Blockstream is doing in both blockchain development and bitcoin mining,” concluded Blockstream.

FTX lawyers: Examiner could cost $100M and ‘provide no benefit’

The Kazakhstan Mining Exodus Has Flipped Bitcoin To Clean-Energy Dominance