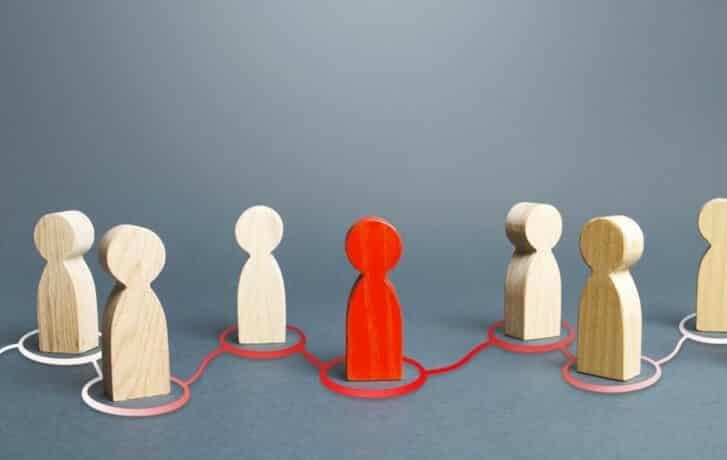 After several days of intense discussions and rumors circulating about insolvency at major crypto hedge fund Three Arrows Capital, more details about the financial exposure other companies in the space have had to the hedge fund have emerged, with crypto lender BlockFi being named as one counterparty affected.

According to a Financial Times report, Three Arrows Capital has failed to meet margin calls from several crypto lenders in recent days. Citing “people familiar with the matter,” the report said these lenders included BlockFi, which was said to have liquidated “at least some” of Three Arrows Capital’s positions.

Around the same time as the FT report came out, BlockFi’s CEO Zac Prince confirmed on Twitter that his firm has “a large client that failed to meet its obligations” on an “overcollateralized” loan.

“We fully accelerated the loan and fully liquidated or hedged all the associated collateral,” Price said in the tweet, before adding:

“No client funds are impacted. We believe we were one of the first to take action with this counterparty.”

Prince has so far not confirmed who the “large client” he referred to is.

The news of the liquidations came as on-chain data shared by the blockchain forensics company PeckShield showed that wallets belonging to Three Arrows Capital on Friday sold stETH 7,110, which represents ethereum (ETH) staked on the Lido protocol, to the stablecoin tether (USDT) at a loss.

Despite being backed one-to-one by ETH staked on the Ethereum Beacon chain (Ethereum 2.0), stETH has traded at a discount to ETH during much of this bear market, while the staked ETH tokens themselves remain locked and inaccessible for now.

As this is developing, Babel Finance, a global crypto financial services provider, announced today that it is "facing unusual liquidity pressures" given the situation in the crypto markets -- and is "temporarily" suspending redemptions and withdrawals.

The only official indication about the troubles at the hedge fund so far has come from its co-founder and CEO Zhu Su, who on Wednesday tweeted that the fund is “in the process of communicating with relevant parties and fully committed to working this out.”

Zhu Su or his firm has not specified what the tweet refers to, and the firm has not responded to multiple requests for comment from Cryptonews.com.

But on Friday, on Twitter, rumors about various companies’ exposure to Three Arrows Capital are circulating, with some suggesting that BlockFi has not been completely transparent regarding its exposure to the crypto hedge fund.

Others, including leading voices in the community such as crypto researcher Messari CEO Ryan Selkis, shared more unverified claims.

Among other things, Selkis offered estimates of how much Three Arrows Capital has in liabilities, while repeating accusations from others that the founders have “ghosted everyone.”

However, Selkis also had some more positive rumors to share, stating:

“Most of the big lenders are fine now, even if they had some exposure.”

Meanwhile, leaders of other firms in the crypto space, such as Crypto.com CEO Kris Marszalek, took the opportunity to reassure people that they do not have exposure to Three Arrows Capital.

“Got a few DMs with questions regarding Crypto.com exposure to 3AC. It’s [USD] 0,” Marszalek posted on Friday.

Furthermore, another major crypto platform, Amber Group, said it has "zero risk exposure to any of the market participants who appear to be facing solvency issues" and that all its products and services "continue to function as usual."