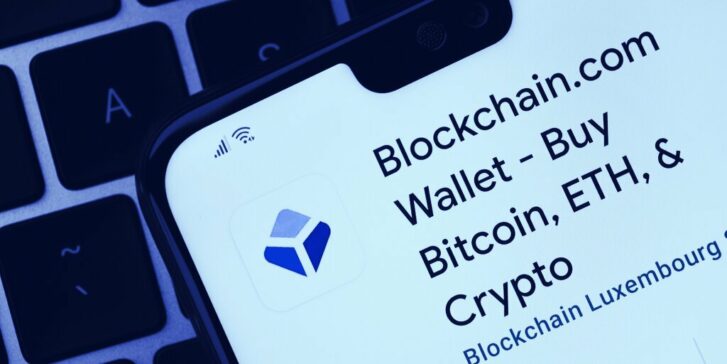 “We want to make accessing the NFT market as easy as accessing the crypto market,” reads a press release. “With the Blockchain.com NFT marketplace (in beta), you’ll be able to browse, buy, sell, and securely store NFTs without ever leaving your Blockchain.com Wallet.” (Although users can leave; the wallet is non-custodial, meaning NFTs can be transferred to other wallets.)

NFTs are digital proofs of ownership created with smart contracts on a blockchain such as Ethereum, Flow, or Solana. They are typically linked to digital art, collectibles, and audio files, but can also be tied to tangible objects.

Blockchain has a massive potential user base to tap into with its NFT marketplace. Founded in 2011 as a block explorer, it delivered one of the first Bitcoin wallets—allowing people to safely store the keys to their cryptocurrency. It boasts nearly 80 million wallets (though not all have funds in them). For reference, MetaMask, the most prominent wallet for navigating Ethereum-based applications, just reached 21 million monthly active users in mid-November, according to its company, ConsenSys (which also provides funding for Decrypt).

If Blockchain can convert even a fraction of its wallet owners into NFT buyers, it can do strong business.

It’ll need to. Coinbase NFT is scheduled to launch before the end of the year. FTX NFTs—FTX US’s marketplace—followed up its existing support for Solana tokens by introducing Ethereum collectibles such as the highly-popular CryptoPunks and Bored Ape Yacht Club NFTs yesterday.

But just because you build it doesn’t mean users will come. Gemini, the exchange founded by Cameron and Tyler Winklevoss, bought Nifty Gateway in 2019, over a year before digital collectibles came back into fashion. After a strong run in early 2021, Nifty Gateway has watched trading volume and mintings slip as more companies have stepped into the market to take on OpenSea, Rarible, and others.

XTM loses over 90% in value following the ongoing market recession

Coinbase is now your personalized guide to crypto taxes

What is the Metaverse? The Immersive, NFT-Powered Future Internet