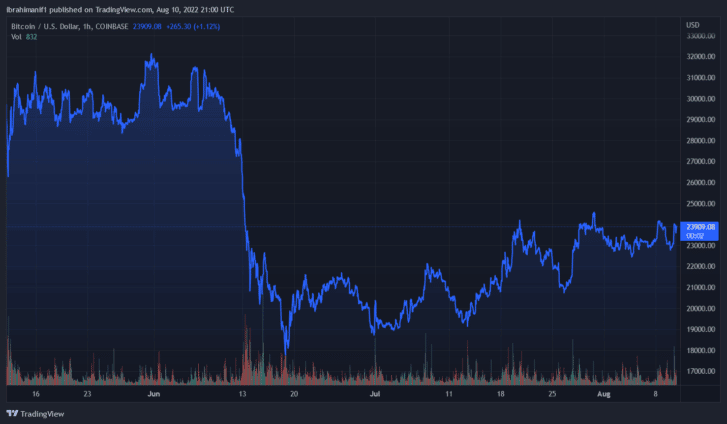 Bitcoin surged after July’s CPI data showed that inflation has started to decline after several months of record-breaking rates.

Similar to earlier instances, the price of bitcoin climbed close to $24,000.

According to the Consumer Price Index report (CPI) that the U.S. Bureau of Labor and Statistics released on Wednesday, consumer costs remained unchanged, putting inflation at 8.5%.

Prior to this, analysts anticipated that the index, which analyzes price changes across a wide range of products and services, would increase by 0.2% to reveal inflation to be 8.7% on an annual basis.

After the U.S. Bureau of Labor Statistics released its data on inflation for July, the value of the Dow Jones Industrial Average, Nasdaq, S&P 500, and NYSE indexes all sharply increased. Moreover, the value of precious metals and cryptocurrencies rose on Wednesday. The value of bitcoin surged by nearly 4%, that of gold by 0.35%, and that of silver by 1.43% in relation to the dollar.

“The gasoline index fell 7.7 percent in July and offset increases in the food and shelter indexes, resulting in the all items index being unchanged over the month.”