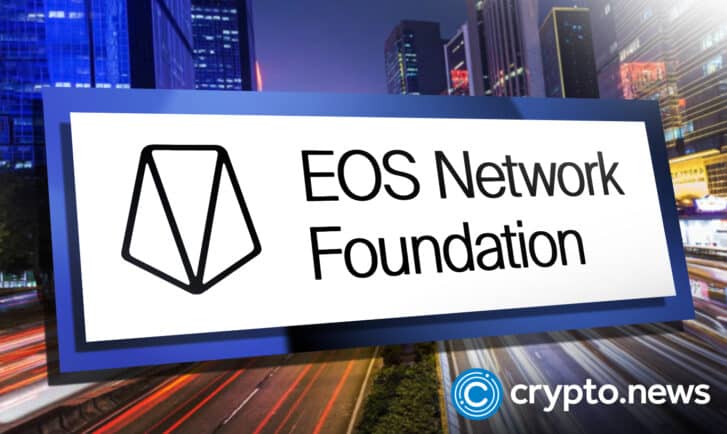 The EOS blockchain could be set for a momentous year if recent funding news is any indication. Earlier this month, EOS Network Foundation (ENF) CEO Yves La Rose made headlines by announcing the launch of a $100m ecosystem fund that will invest directly in projects building on the long-established smart contract platform.

But this isn’t any old war chest; it is set to be managed by an independent EOS-oriented venture capital firm whose executive branch hasn’t yet been appointed. This entity, known as EOS Network Ventures (ENV), will operate independent of the nonprofit Foundation, though both are essentially pursuing the same goal: to encourage the growth and development of the EOS Network.

The difference? ENV is a for-profit enterprise, one that will go all-out to attract talent to EOS and ensure value for EOS token-holders.

A vision for the future

With competition between blockchain protocols more intense than ever, La Rose and the EOS Network Foundation he leads appear to be acknowledging a simple truth: money talks. It’s all very well and good boasting a high throughput, diverse range of applications, and strong consensus model: developers won’t build on a blockchain unless it’s in their interests to do so.

The $100m fund is, quite clearly, an attempt to position EOS favorably in the eyes of entrepreneurs and builders, with funds ring-fenced for the bootstrapping of user-friendly projects with compelling use-cases. La Rose says that the goal of the newly-formed VC is to “make EOS the number 1 choice for web2 businesses transitioning to web3, to fuel the next wave of blockchain innovations and ensure that builders choose EOS.”

Although EOS Network Ventures will manage the fund, making strategic equity and token-based investments in startups across the web3 space, the EOS Fund Management will serve as the custodian of the treasury and a Limited Partner (LP) in the VC. Other GPs and LPs are expected to join the initiative as ENV is officially formalized over the coming weeks and months.

So what does all this mean for EOS, its users and the future of its eponymous native asset? Well, $100m of funding will certainly go some way towards building out the network’s existing web3 ecosystem, particularly with so many startups chasing funding: VR/AR metaverses, play-to-earn games, DeFi dApps, NFT collections, eSport guilds and the like. At present, EOS has only two dApps in DappRadar’s top 20, Upland (#15) and AtomaticAssets (#18).

Reflecting on the blockchain’s difficulties in separating from its creator Block.One, La Rose said earlier this year that “EOS, as it stands, is a failure.” Launched on the back of the biggest ICO ever, the project has struggled to gain a foothold due, says La Rose, to negligence and misrepresentation on the part of Block.One.

The creation of EOS Network Ventures, then, is an aggressive attempt to breathe fresh life into a network and put the problems of the past behind it. Its success will largely depend on the recruitment of proven investors to the VC board, who will be tasked with identifying and nurturing successful web3 projects, and in so doing driving value back to EOS token-holders.

However it plays out, the post-divorce EOS will be a network worth watching in 2023. Not least since the ENF and La Rose continue to pursue Block.One for over $4bn in damages. While those efforts could wind up taking us into 2024 and beyond, it is hoped that the $100m war chest will, in the meantime,  put EOS back on the map.

Disclosure: This content is provided by a third party. crypto.news does not endorse any product mentioned on this page. Users must do their own research before taking any actions related to the company.